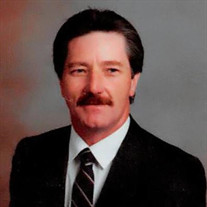 Arthur &#8220;Merrill&#8221; Valentine, Jr., age 73, of Gloucester, joined his heavenly father on February 26, 2020, following an illness. Merrill was born in Alabama and a long-time resident of Virginia. A US Army Veteran, brick mason, a former... View Obituary & Service Information

The family of Arthur Merrill Valentine Jr. created this Life Tributes page to make it easy to share your memories.

Send flowers to the Valentine family.