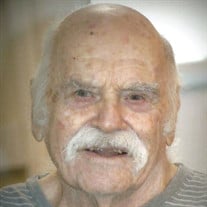 Calvin Lee Follett, 89, entered into eternal life on March 13, 2019. Mr. Follett, formerly of Holtsville, NY, lived in Gloucester, VA for the past twenty years. He was a lifelong creative free spirit who delighted anyone who would listen with personal anecdotes, jokes, advice, and acquired wisdom. Calvin, known to his friends as “Cal” or “Lee,” was, at various times throughout his diverse and eclectic life, a professional musician (employed by Guy Lombardo), salesman, haberdasher, debt collector, minor league baseball player, competitive roller skating champion, race car driver, “test match” partner for world-ranked tennis players, acclaimed black and white photographic artist, and tennis pro – the latter turning into a career spanning more than twenty-five years. He was especially proud to have been the second student ever to enroll at Suffolk County Community College on Long Island, New York – second only because he, always a gentleman, allowed the woman behind him in line to go to the front. At Empire State University, he found that there was no curriculum to match his life experience, so he worked with professors and staff to design and complete a first-ever dual degree in Art and Music. He had the unique ability to pick up any type of musical instrument and play it expertly in a matter of hours or days, with the exception of stringed instruments, which never captured his interest. He had a rich, resonant baritone singing voice, which he used at every opportunity, even in the last chapter of his life. Cal was a lover of the outdoors (his impromptu summertime camping expeditions were the stuff of family legend), cats, fishing, golf, jazz, art, adventure, and most of all, his wife and family. He was preceded in death by his son Stephen and his beloved wife of fifty-four years, Rowena Elaine Whitehouse Follett. He is survived by a daughter and son-in-law Sally Ann DiSpirito and David DiSpirito, son and daughter-in-law Richard Follett and Mary Ruth Alred Follett, sister-in-law Thelma Riley, and grandchildren Amanda, Deanna, and Jesse. A Celebration Of Life Service conducted by the Reverend Penny Cory will be held 2:00 p.m., Saturday, April 6, 2019, at Hogg Funeral Home, Gloucester Point. Inurnment will be private. In Calvin’s memory, memorial contributions may be made to the Gloucester-Matthews Humane Society, PO Box 385, Gloucester, VA 23061 (http://www.gmhumanesociety.org).

Calvin Lee Follett, 89, entered into eternal life on March 13, 2019. Mr. Follett, formerly of Holtsville, NY, lived in Gloucester, VA for the past twenty years. He was a lifelong creative free spirit who delighted anyone who would listen with... View Obituary & Service Information

The family of Calvin Lee Follett created this Life Tributes page to make it easy to share your memories.

Send flowers to the Follett family.