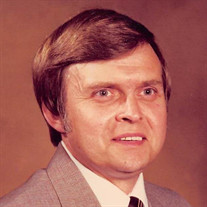 Hayes: Charles H. Stubblefield, 75, passed away Tuesday, January 10, 2017. Charles was Commissioner of Revenue for 30 plus years in Gloucester County. During his tenure of service he implemented the use of computers for tax programs and oversaw numerous tax programs. He was a public official who always enforced the laws of the county and Commonwealth with compassion and understanding, taking time to sit with citizens explaining the complexities of the law and helping to complete documents when necessary. Charles was knowledgeable in the laws of taxation and had a broad knowledge of the history of Gloucester. He performed his duties with honor and integrity, treating everyone with dignity and respect. He was very well respected across the Commonwealth of Virginia. Charles worked with the Gloucester Fair Association for 30 years, was treasurer for two years of the Master Gardeners, and worked with the 4-H Group. He tirelessly volunteered in nursing homes, Free Clinic and the Gloucester Museum. Charles always had a kind word for everyone he met. Everyone was a friend and he spent his life helping people. He was a devoted husband, mentor and friend who will be dearly missed. He was preceded in death by his parents, Jack and Garnett Stubblefield; sisters, Jessie Smith and Mamie Powell; brothers, Robert Stubblefield and Jack Stubblefield. He is survived by his wife, Elaine Stubblefield; sister, Bettie Stubblefield; nieces and nephews, Ann Gentry (Steve), Belinda Hicks (Brian), James Powell, Sr. (Patsy), John Powell, Joseph Powell, Rebecca Hibbard (Francis), and Robert K. Stubblefield (Shelby); and a host of great nieces and great nephews. Funeral service officiated by Reverend Bill West will be held 10:30 a.m. Saturday, January 14, 2017 at Hogg Funeral Home, Gloucester Point. Interment will follow in Gloucester Point Cemetery. The family will receive friends from 7 until 8:30 p.m. Friday, January 13, 2017 at the funeral home. In memory of Charles memorial contributions may be given to the Gloucester-Mathews Humane Society, P. O. Box 385, Gloucester, VA 23061 or the Abingdon Volunteer Fire and Rescue, P. O. Box 9, Bena, VA 23018. Family and friends may share condolences and memories at www.hoggfh.com

Hayes: Charles H. Stubblefield, 75, passed away Tuesday, January 10, 2017. Charles was Commissioner of Revenue for 30 plus years in Gloucester County. During his tenure of service he implemented the use of computers for tax programs and oversaw... View Obituary & Service Information

The family of Charles H. Stubblefield created this Life Tributes page to make it easy to share your memories.

Send flowers to the Stubblefield family.