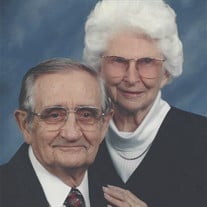 Hayes: Cornelia Williams Hogge, 96, passed away May 23, 2018, at Riverside Convalescent Mathews. Cornelia was the longest living member of Providence Baptist Church, where she was also a member of the Ruth Sunday School Class and the Alice Fields Missionary Circle. She was a member of the York River Kings Daughters and Sons. When Drs. Raymond and William Brown had a practice in Gloucester, Cornelia worked as an office assistant for them. Her greatest love was sharing her life with her first love and husband, Graham and her family at their home on Sarah’s Creek. Her love of the beauty of nature she passed down to all of her family. She was a faithful witness of her Lord Jesus Christ and always had a special place in her heart of support for those in the mission field. She was the beloved Grundy to her grandchildren and great grandchildren. Her legacy of Christianity, love and kindness will be remembered by her family forever. She was preceded in death by her parents, Cabot and Mae Thornton Williams; husband, J. Graham Hogge; son, Scott T. Hogge; and brother, Lee Williams. She is survived by her brother, Hayes Williams (Joyce); son, James G. “Jimmy” Hogge (Alice); daughter, Sharon H. “Sherry” Shackelford; grandchildren, Amy H. Eccleston, Tom Hogge (Angela), Matt Shackelford (Tiina), Kristen Collier, Ryan Hogge (Sandra) and Taylor Hogge; and great grandchildren, Ethan Collier, Aidan Collier, Miranda Shackelford, Alix Shackelford, Damen Riordan, Isaiah Riordan, Lily Hogge, Alistair Hogge, Quincy Hogge and Scarlet Hogge. Funeral service officiated by Reverend Chris McMillan will be 11 a.m. Tuesday, May 29, 2018, at Providence Baptist Church. Interment will follow in Rosewell Memorial Garden Cemetery. In memory of Cornelia the family desires contributions be made to the American Diabetes Association, 870 Greenbriar Tower II, Suite 404, Norfolk, VA 23320. Arrangements under the direction of Hogg Funeral Home and Crematory, Gloucester Point. Please visit www.hoggfh.com to share condolences and memories.

Hayes: Cornelia Williams Hogge, 96, passed away May 23, 2018, at Riverside Convalescent Mathews. Cornelia was the longest living member of Providence Baptist Church, where she was also a member of the Ruth Sunday School Class and the Alice Fields... View Obituary & Service Information

The family of Cornelia Williams Hogge created this Life Tributes page to make it easy to share your memories.