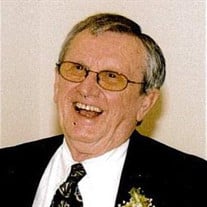 Williamsburg: Curtis C. Hogge, passed away peacefully in Gloucester, Virginia on March 5, 2018. He was preceded in death by his mother, Dorothy K. Hogge; father, Curtis M. Hogge; wife of 59 years Norma ‘Doddie’ Hogge; and son, Stephen D. Hogge. He is survived by his son, Norman C. Hogge; brother, Ellis M. Hogge (Diane); grandchildren, Dana Teagle (Jeff) and Daniel Hogge (Elizabeth); great-grandchildren, Carson, Bryce, Cooper and Brooke, as well as many nieces, nephews and friends who he cared about so deeply. Curtis worked for Amoco Oil Refinery in Yorktown, Virginia for over 25 years. Second to his family, Curtis’ love was baseball. From his sons games in the 1970’s, granddaughter and grandson in the 1980s; spring training in Florida to his most recent love of watching his three great grandsons practice and play, baseball was a part of Curtis. Juliana Hatfield puts it perfectly, “Baseball is more than a game. It’s like life played out on the field.” His presence will be greatly missed in life and on the field. Funeral Service officiated by Reverend John Pouchot will be 11 a.m. Wednesday, March 7, 2018 at Hogg Funeral Home, Gloucester Point. Interment will follow in Gloucester Point Cemetery. The family will receive friends from 6:30 p.m. to 8:00 p.m. Tuesday, March 6, 2018 at the funeral home. Memorial contributions can be given in loving memory of Curtis to Gloucester Youth Baseball, P. O. Box 2046, Gloucester, VA 23061. Please visit www.hoggfh.com to share condolences and memories.

The family of Curtis C. Hogge created this Life Tributes page to make it easy to share your memories.