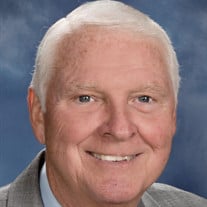 Gloucester: David Rocky Conner, 76, died November 23, 2016, at his home. David was born June 5, 1940 to Ernest and Catherine Conner of South Boston, Va. Growing up, he devoted much time to the family farm, learning to appreciate the value of... View Obituary & Service Information

The family of David Rocky Conner created this Life Tributes page to make it easy to share your memories.

Send flowers to the Conner family.