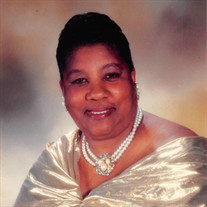 Dorothy Ann “Dot “Fields was born February 3, 1941 to Albert and Sadie Paige in the Roane community and lived the majority of her life at the family’s home place. She was called home by our Heavenly Father on Saturday, February 22, 2020 at Walter Reed Memorial Hospital, Gloucester, VA. Dot accepted Christ at an early age and was educated at Thomas Calhoun Walker Training School, Gloucester VA. Dorothy was a loving daughter, sister, mother, grandmother. She made sure all were taken care of and was a provider. She was a friend and touched the lives of so many people in so many ways. Dorothy was a strong, independent woman who worked from an early age. She was an entrepreneur, who operated in what she knew, she was organized, with an amazing awareness of business, and how to use her skills, business savvy, and God given talents, taking on financial ventures to take care of family and herself. Dorothy was known for her cooking skills, which were above and beyond that of some the best restaurants around. She was asked to cook and cater for large corporations as well as friends and family. We will all remember her crab cakes, potato salad, pig feet, cakes, pies, and the list can go on and on. But most importantly “Dot” was a friend, a good-listener, encourager, provider, helping others in need. She will be sorely missed. Dorothy is preceded in death by her parents, Albert & Sadie Paige, son, Tony Fields, sisters, Lucille White and Marian Paige. She is survived by Sister Gloria Gamble, brother Lawrence Paige, children, Denise Jackson, Arinita Holmes, seven grandchildren, 10 great grandchildren, and a host of nieces, nephews, and friends. A Homegoing Service will be held at 12:00 noon on Saturday, February 29, 2020 at Newington Baptist Church, Gloucester officiated by Pastor Sheron Green and Reverend Robert Thompkins. Inurnment will be private. A repass will be held at 7407 Village Green Lane, Gloucester, VA.

Dorothy Ann &#8220;Dot &#8220;Fields was born February 3, 1941 to Albert and Sadie Paige in the Roane community and lived the majority of her life at the family&#8217;s home place. She was called home by our Heavenly Father on Saturday, February... View Obituary & Service Information

The family of Dorothy Ann Fields created this Life Tributes page to make it easy to share your memories.

Send flowers to the Fields family.