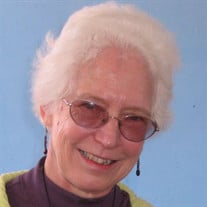 Cobbs Creek: Eunice Josephine Hyer died suddenly at home on Saturday, October 1, 2016. She was born in the District of Columbia to Dorothy and J. Donald Edwards on January 10, 1943. She graduated from Julienne High School in Dayton, Ohio and obtained a Bachelor’s degree from the University of Maryland and a Master’s degree in dramatic literature from Cornell University, where she was a Woodrow Wilson Fellow. After teaching English at Thomas Nelson Community College, she became Minister of Religious Education at the Church of St. Therese in Gloucester. Upon her retirement from that position, she immersed herself in a multitude of volunteer activities, including the Back Pack program at Thomas Hunter Middle School, Hands Across Mathews, Meals on Wheels, the Mathews Volunteer Rescue Squad and the Gloucester Care Clinic. In her own church of Francis de Sales she was active in the scripture reading and music ministries and was head of a very active Justice and Peace Committee. Eunice was also an avid gardener and world traveler, visiting five continents. Eunice is survived by Paul, her husband of 51 years; by her sons, David, Thomas (Kathy) and Edward (Elizabeth); her daughter, Anna; and by four grandchildren, Andrew, Sean, Sophia and Krista. The family will receive friends Thursday, October 6, 2016, from 7 until 8:30 p.m. at Hogg Funeral Home, Gloucester Point. A Funeral Mass officiated by Reverend James Cowles will be held 11 a.m. Friday, October 7, 2016, at St. Therese Catholic Church, Gloucester. A reception will follow the Funeral Mass at St. Therese. Private interment will be in Church of the Visitation Cemetery, Topping. In memory of our beloved Eunice please send donations to the Gloucester Care Clinic, P. O. Box 684, Gloucester, VA 23061. Family and friends may share condolences and memories at www.hoggfh.com

Cobbs Creek: Eunice Josephine Hyer died suddenly at home on Saturday, October 1, 2016. She was born in the District of Columbia to Dorothy and J. Donald Edwards on January 10, 1943. She graduated from Julienne High School in Dayton, Ohio and... View Obituary & Service Information

The family of Eunice Josephine Hyer created this Life Tributes page to make it easy to share your memories.

Send flowers to the Hyer family.