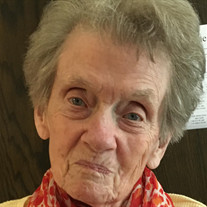 Hayes: Gloria Wallace, née Anderton, died peacefully in Sealevel, North Carolina on April 20 at the age of 82. She is survived by daughter Gail Gillis of Swansboro, NC, son Bill Wallace of San Francisco, CA, grandchildren Eric Reynolds and Jennifer Modliszewski of Boston, MA, Samuel and Rebecca Bihn-Wallace of San Francisco, and faithful caregiver and friend Becky Paul of Davis, NC. She is preceded in death by her parents, Annie Estelle Anderton and Norris Clements Anderton, and her husband, David Gordon Wallace. Gloria was born on May 28, 1935 in Gloucester County, Virginia. She graduated from Achilles High School in 1952 and subsequently attended Longwood College. She married Gordon Wallace in 1954 and lived in Tidemill until 1960. After living in North Carolina and southeastern Virginia for many years, she returned to Tidemill in 1983. She was a resident of Snug Harbor on Nelson Bay in Sealevel at the time of her death. Gloria’s greatest joys were her husband, children, grandchildren and her garden. Her gentle and nurturing spirit, combined with a mischievous sense of humor, allowed her to delight in growing things, human and otherwise. A Southern lady with a deep sense of place and a strong commitment to family, she was beloved among her children, grandchildren and their spouses. The family will receive friends at Hogg Funeral Home on Friday, April 27th from 7:00 – 8:00 p. m. A funeral is scheduled for Saturday, April 28th at 11:00 a.m. at Hogg Funeral Home, with private burial at Providence Baptist Church cemetery to follow. Rev. Mike Derflinger, pastor of Bethany UMC, will officiate the ceremony. All are welcome to attend and celebrate Gloria’s life. Memorial gifts in memory of Gloria may be sent to The Gloucester-Mathews Humane Society, P. O. Box 385, Gloucester, VA 23061. Please visit www.hoggfh.com to share condolences and memories with the family.

The family of Gloria Anderton Wallace created this Life Tributes page to make it easy to share your memories.

Send flowers to the Wallace family.