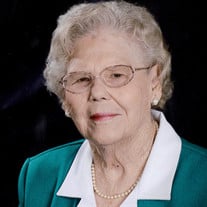 Gloucester Point: Hazel Belvin Rowe, 89, went to be with the Lord on March 27, 2017 surrounded by her loving husband and their three daughters. Hazel was born on August 17, 1927, in Severn, VA. She is preceded in death by her parents Hazel and Howard Belvin; sisters Doris Belvin Rowe, Frances Belvin Phillips, and brother Bennie Belvin and son-in-law J. Carlyle Brown, Jr. She is survived by her husband of seventy years, Francis L. Rowe, and their three daughters; Frances Woods (husband Joe) of Chambersburg, PA; Judy Mays (husband Joe) of Williamsburg; and Nan Evans (husband Ken) of Hayes. She is also survived by four grandsons, Kenneth C. Brown and wife, Melissa, of Centerville, VA; Matthew F. Brown of Potomac, MD; Kevin R. Mays and wife, Leigh, of Charlotte, NC; and Andrew T. Evans and wife Natalie of Newport News and by seven great-grandchildren: Francesca, Fletcher, and Mitchell Brown; Bryce and Kylie Brown; and Tyson and Jackson Mays; and two sisters, Catherine Belvin Ashe of Gloucester Point and Sue Belvin Blake of Bena. Hazel graduated from Achilles High School in 1944 and was a lifelong resident of Gloucester County. She was a tax preparer for H. R. Block for several years before leaving that company to start her own income tax and bookkeeping business in 1985. As a young wife and mother, she was active in the local school P.T.A.’s as well as a charter member of the Abingdon Junior Woman’s Club. In her later years, she enjoyed taking cruises with her husband, bowling and spending time in the company of friends. Hazel and Francis were charter members of Gloucester Point Baptist Church when it was formed in 1959 as a satellite mission of Union Baptist Church. After moving from Gloucester Point to Bena, they became members of Union Baptist Church where she served as church secretary and church treasurer for several years. Funeral Service officiated by Reverend Bud Goude and Reverend Richard Whiteheart will be 11 a.m. on Friday, March 31, 2017, at Gloucester Point Baptist Church. Visitors will be received by the family prior to the service beginning at 10:00 a.m. at the church. Interment will follow the service at Rosewell Memorial Garden Cemetery. The family would like to express their thanks and appreciation to the staff of Commonwealth Senior Living at Gloucester House for the loving care given to Hazel and her family. In memory of Hazel the family desires that donations be made to the Abingdon Volunteer Fire and Rescue Squad, P. O. Box 9, Bena, VA 23018 or to the Gloucester Point Baptist Church Capital Improvement Fund, P. O. Box 305, Gloucester Point, VA 23062. Arrangements under the direction of Hogg Funeral Home and Crematory, Gloucester Point. Please visit www.hoggfh.com to share condolences and memories with the family.

Gloucester Point: Hazel Belvin Rowe, 89, went to be with the Lord on March 27, 2017 surrounded by her loving husband and their three daughters. Hazel was born on August 17, 1927, in Severn, VA. She is preceded in death by her parents Hazel... View Obituary & Service Information

The family of Hazel Belvin Rowe created this Life Tributes page to make it easy to share your memories.

Gloucester Point: Hazel Belvin Rowe, 89, went to be with the...

Send flowers to the Rowe family.