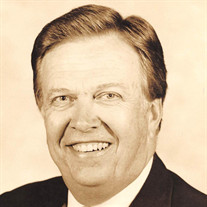 Gloucester Point: After a courageous battle with Alzheimer’s disease, Lewis Franklin Phillips, Jr., known to most as “Frank Junior” died peacefully at home early Thursday morning, surrounded by his loving family. Frank was born in Newport News, Virginia on March 12, 1933 as the oldest son of Chrystal Allmond Phillips and Lewis Franklin Phillips, Sr. Frank was a lifelong resident of Gloucester County growing up at the “Courthouse”, and spending his summers along the York River at Allmondsville. Frank moved to Gloucester Point as a young man, and lived there the remainder of his days. Frank graduated from Botetourt High School and attended the University of Richmond where he was a member of the Kappa Alpha Order. He graduated from Smithdeal Massey Business College in Richmond, Virginia. After honorably serving in the United States Army, Frank returned to Gloucester to assist his father with running the family heating oil business. For the next 50 years, Frank worked tirelessly to develop and expand his father’s business which is now known as Phillips Energy, and is run by his children. Frank was a member of the Virginia Oilman’s Association and the Virginia Oil Jobbers. He was a member of the Gloucester Ruritan’s Club, the Lion’s Club, and the First Presbyterian Church of Gloucester. Frank served on the board of Chesapeake Bank for many years. Frank was a generous and caring man who epitomized the term “Gentleman”. Frank never met a stranger, and he was always quick to help others in need. In later years he thoroughly enjoyed keeping his friends and neighbors well stocked with crabmeat and summer vegetables. Left to cherish his memory are his loving wife of 55 years, Linda Bowen Phillips; daughter Elizabeth P. McCormick and husband Hugh; son John F. Phillips and wife Tina; grandson Chase Edwards Phillips; brother James Christopher Phillips and wife Lela; niece Jennifer Morrison and husband Stuart; nephew Christopher S. Phillips and wife Shara; great-nephews Jaxon Phillips and Charlie Morrison; and brother-in-law A. Dale Bowen and wife Barbara. The family would like to express their most sincere appreciation to Frank’s trusted caregivers and health care providers for their friendship and for the compassionate care that they provided to Frank and his family throughout his long illness. These angels include: Natalie Lomax; Mona Trusty; Sherita Gray; Keeana Taylor; Robin Harrison; Danielle Henry; Hugh B. McCormick, M.D.; and Christopher J. Ciccone, M.D. Funeral service officiated by Reverend Douglas Nagel will be 2 p.m. Monday, December 26, 2016, at First Presbyterian Church, Gloucester. Interment will follow in Rosewell Memorial Garden Cemetery. In our loved one’s memory, the family requests that memorials be made to the Gloucester Alzheimer’s Association, P. O. Box 1881, Gloucester, Va., 23061, the Abingdon Volunteer Fire and Rescue, Inc., P. O. Box 9, Bena, Va. 23018 (www.avfr.com) or a charity of your choice. Arrangements by Hogg Funeral Home and Crematory, Gloucester Point. Family and friends may share condolences and memories at www.hoggfh.com

The family of Lewis Franklin Phillips Jr. created this Life Tributes page to make it easy to share your memories.

Gloucester Point: After a courageous battle with Alzheimer’s...

Send flowers to the Phillips family.