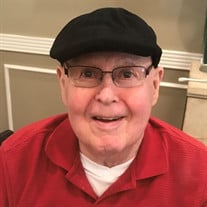 LTC (Ret) Robert Letchworth, 83, of Poquoson passed away Monday, January 11, 2021, after a courageous battle with Parkinson’s disease from Agent Orange exposure. Bob was born September 13, 1937, in Fort Monroe, Virginia to Troy and Maude Letchworth. He was a Hampton native and graduated from Hampton High School, Class of 1955. He began his long and distinguished military career by attending The United States Military Academy, Class of 1959. From there he accomplished many schools and training while serving in the United States Army, to include Ranger School, Armor Officer’s Course, Airborne School, and Army Fixed Wings Flight School. He was a part of the First and Third Calvary Divisions while he served two tours in Vietnam, logging 1,172 hours of Combat flying. He was awarded the Silver Star, Distinguished Flying Cross with oak leaf cluster, Bronze Star, 47 Air Medals with “V” for Valor and the Army Commendation Medal with “V”. During his service in the Army, he continued his education and obtained three Master’s Degrees that would prepare him for his next career with NASA Langley Research Center. After retirement from the Army in 1980, he took part in many projects with NASA LaRC that would help improve the Army’s combat technologies. In 1999, he retired from NASA, totaling 43 years of federal service. Bob also was a God fearing Christian and dedicated his life to his church by serving as a Deacon, an Elder, Sunday school teacher and Bible study leader. He has touched many people during his service to his Lord. He was preceded in death by his beloved wife of 47 years, Patricia Ware Letchworth; his parents, Troy and Maude Letchworth; two brothers, Troy Letchworth, Jr., Timothy Letchworth; and grandson, Joshua Lee Letchworth. He is survived by his loving wife and caregiver of 13 years, Judith P. Letchworth; son, Robert Letchworth, Jr. and his wife, Pamela, of Glenns, VA; son, David H. Letchworth and his wife, Dana, of Carrollton, VA.; son, Mark Letchworth and his wife, Joanne, of Mathews, VA., and daughter, Karen Letchworth, of Yorktown, VA.; stepdaughter Marie Dasovich and her husband Mike, stepdaughter Lauren Furey and her wife Tret. He also leaves 12 grandchildren; Heather (Craig), Brandon, Schuyler (Elizabeth), Matthew (Tiffany), Rachel, Katie, David, Liz (Myles), Jon (Kelly), Alexis, Ryan, and Lexie. Eight great grandchildren; Haley (Corey), Austin, Matthew, Caleb, Caden, Rhylee, Lacey Grace, and Tyler. A special thanks to long time caregivers; LaShanda Walker, LaVonna Osborne and LaTonya Osborne. A memorial service is yet to be determined. In lieu of flowers, you may send donations to Northside Christian Church, 1300 George Washington Memorial Highway, Yorktown, VA 23693. Or by visiting www.northsidecc.org. Services under the direction of Hogg Funeral Home.

The family of LTC (Ret) Robert Letchworth created this Life Tributes page to make it easy to share your memories.

Send flowers to the Letchworth family.