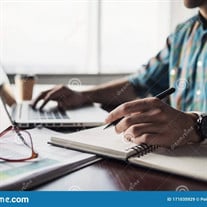 Mathew David Paust of Gloucester, has at last slipped quietly away on September 16, 2021, from the furiously whirling social experiment known throughout the galaxy, and perhaps beyond – and not without a chuckle, groan, snort, or perhaps something more imaginative – as “Earth.” For all we know, Mr. Paust’s spirit may at this moment be strolling in celestial glory with angels or getting his ticket stamped by Beelzebub or standing alone on a corner in Winslow Arizona. What we can say with certainty is that his physical remains are stashed for the time being in a Maxwell House (good to the last drop) coffee can to be sprinkled by loved ones at a time and in an undoubtedly breezeless location of their choice. Mr. Paust was born in Columbus, Wisconsin, two days before Japanese war planes bombed U.S. Naval ships at Pearl Harbor on Dec. 7, 1941. Turmoil on the Korean Peninsula had occupied world military considerations by the time Mr. Paust entered the U. of Wis., and Ike was quietly ensconced on the Burning Tree Golf Course (when not punching spike holes in the White House floor boards.) After three years of severe collegiate embarrassment Mr. Paust escaped into the martial hysteria himself, joining the U.S Army where he served four years learning that book learning beats the hell out of ground pounding. He returned to academia, from which he graduated eventually with a Bachelor of Arts degree that launched him on a career in journalism. He spent the rest of his working life reporting and developing his writing skills for a series of mediocre news organizations, retiring from the Newport News, Va., Daily Press several steps ahead of the news industry’s absorption into the more lucrative entertainment industry. Ultimately stumbling into that field alone Mr. Paust has managed a blog, Matt Paust’s Crime Time, and self-published several books, which can be found in paperback and Kindle formats at Amazon.com. Mr. Paust was fortunate to have raised three beautiful children. He is survived by a sister, Jeni Starritt (John), a daughter, Sarah (Jake Ryan), sons, Joshua Rackley (Anne), and Michael Rackley (Shannon), and two adorable grandchildren. Services under the direction of Hogg Funeral Home.

Mathew David Paust of Gloucester, has at last slipped quietly away on September 16, 2021, from the furiously whirling social experiment known throughout the galaxy, and perhaps beyond &#8211; and not without a chuckle, groan, snort, or perhaps... View Obituary & Service Information

The family of Mathew David Paust created this Life Tributes page to make it easy to share your memories.

Mathew David Paust of Gloucester, has at last slipped quietly...

Send flowers to the Paust family.