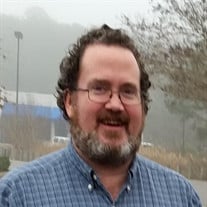 Richmond/Gloucester Point: Matthew Leary Boon, age 49, died on November 24, 2016 at his home in Richmond, Virginia. He was a lovely man who had many friends and was well-known as the bass player in musical groups that regularly performed throughout the city of Richmond and as far away as Dingle, Ireland. The son of Mary Ann ‘Molly’ Boon and John D. Boon, III of Gloucester Point, Matt was born at the Naval Hospital in Portsmouth, Virginia. With his only brother, John D. Boon, IV, he grew up along the York River in Gloucester Point. After graduating from Gloucester High School he attended Carnegie Mellon University in Pittsburg, Pennsylvania and later the Virginia Commonwealth University in Richmond where he received his Bachelor of Science degree in Computer Science in May 1990. He then worked as an internet services technician and software engineer for several companies in the Richmond area. Matt revealed his gift for both computers and music at a very early age after receiving a Commodore 64, an 8-bit home computer, for his 16th birthday. He quickly mastered the Moog synthesizer and played Bach compositions on his first sound system. This led to his vocation in computer science and his avocation, his life-long love, for music – from Beethoven to Blue Grass to Celtic (rain or shine his mother and father never missed his ‘gig’ at the St. Patrick’s Day Festival on Church Hill in Richmond!) Tributes from his many friends, relatives and fellow musicians can be found on Facebook Public Group by searching ‘Matt Boon – Kindred Spirits’. Matthew is survived by his parents, John and Molly Boon of Gloucester Point, his brother and sister-in-law Drs. John and Cathy Boon of Gainesville, Florida, nieces Ashton and Sarah Boon of Gainesville, and an extended family of aunts, uncles and cousins throughout the country and overseas. Matt was the family link, the ‘go-to’ man, between the younger members of this very close-knit group. His name will be remembered and cherished by us all. Ar dheis Dé go raibh a h-anam / May his soul be at the right hand of God. A visitation will be held for Matthew on Thursday, December 1, from 5 until 7:00 p.m. at Hogg Funeral Home, Gloucester Point. In memoriam donations may be made to the Gloucester-Mathews Care Clinic, P. O. Box 684 Gloucester, VA 23061 or the Richmond Fisher House (https://richmondfisherhouse.org). Family and friends may share condolences and memories at www.hoggfh.com

Richmond/Gloucester Point: Matthew Leary Boon, age 49, died on November 24, 2016 at his home in Richmond, Virginia. He was a lovely man who had many friends and was well-known as the bass player in musical groups that regularly performed throughout... View Obituary & Service Information

The family of Matthew Leary Boon created this Life Tributes page to make it easy to share your memories.

Send flowers to the Boon family.