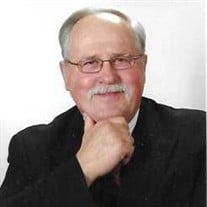 After a courageous battle with cancer, Michael John Sivacek, age 79, of Gloucester County, departed this life to be united with his Heavenly Father on Friday, February 4, 2022. Born October 25, 1942, in Chicago, Illinois, Michael lived in Maywood, Illinois, until he was ten years old, then moved with his family to South Haven, Michigan, to own and operate a forty-acre orchard. After completing high school, Michael relocated to Newport News, VA, and entered the Newport News Shipbuilding and Drydock Company Apprentice School to become a machinist. During his fifty-year career at the shipyard, Michael held many positions, with his last being a Subcontract Administrator buying components for CVN 80. He served as the President of the Apprentice School Alumni from 1982 – 1985. He was an avid deer hunter and enjoyed spending time in the mountains of Virginia, visiting the wineries. He was a member of Bethel Baptist Church in Yorktown. Michael was preceded in death by his parents Paul and Virginia Sivacek, Brother Paul Sivacek, sisters Diane Sivacek and Pamela Sivacek Ciannelli. Sadly, he will be missed by his wife Judy of 21 years, Daughters Amy Deavers and husband Jamie of Mathews, Sherri Sivacek of Newport News, brother-in-law David Cianelli and his daughter Katelyn Cianelli Brockmiller of Yorktown, and two granddaughters. The family will receive friends Saturday, February 19, 2022, from 10:00 am until 10:45 am at Full Gospel Worship Center, 7010 Chestnut Avenue, Newport News, VA 23605, followed by a celebration of Michaels life beginning at 11:00 am officiated by Pastor Gino Bryant. Interment will be private. Please consider memorial contributions to the Abingdon Volunteer Fire and Rescue, PO Box 9, Bena, VA 23018 or American Cancer Society c/o Nancy Dransfield 7274 Joseph Lewis Road, Hayes, VA 23072.

After a courageous battle with cancer, Michael John Sivacek, age 79, of Gloucester County, departed this life to be united with his Heavenly Father on Friday, February 4, 2022. Born October 25, 1942, in Chicago, Illinois, Michael lived in Maywood,... View Obituary & Service Information

The family of Michael John Sivacek created this Life Tributes page to make it easy to share your memories.

After a courageous battle with cancer, Michael John Sivacek,...

Send flowers to the Sivacek family.