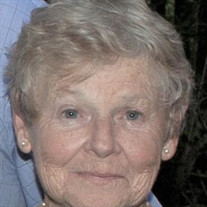 Pamela (Pam/Pammie) Diane White Hall, of Gloucester, departed this life December 3rd, 2021 at the age of 76. She was a loving mother, grandmother, aunt, sister and friend who will be dearly missed by all. Pam was born on March 18th, 1945 to her parents the late Richard Sanford White and Anne Baldwin, as the youngest of four girls. Spending most of her childhood in Gloucester County, Pam served as a varsity cheerleader graduating from Gloucester High School in 1963. Shortly after graduating, Pam married her first husband before moving to seek work in Richmond, VA. Always known as a hard worker Pam, spent 40 years working for the phone company “Ma Bell”, later known as Verizon, until retirement. Never one to idle, Pam had a hard time staying at home and went out searching for a new job to keep busy. Moving back to Gloucester Pam started work in real estate alongside her busy work helping with the Gloucester literacy program as well as creating the best costumes for the local Christmas and Daffodil parades. Before returning to Gloucester, Pam met and married her second husband Gerald (Jerry) Lee Hall. In Jerry, she met someone who matched her sensibility and industriousness. They lived happily together traveling on camping and jeep trips across the United States meeting all sorts of new friends. Pam and Jerry lived together until 2018 when Jerry sadly passed after 37 years of marriage. Pam was known for loving two things: the beginning of spring and the end of fall. She loved spring as that was when the flowers and especially daffodils came. Whenever asked what she would like for any holiday her first response would be a bouquet of flowers which she could then put in one of her nearly 40 vases around the house. While the spring brought flowers, the fall brought her mortal enemy leaves and sticks as she took great pleasure in removing them from her property as quickly as possible. For the most part, what Pam enjoyed the most was putting her friends and family first. She was always there to call, always available to visit, and always happy to see and spend time with those she loved up until the end. Pam is survived by her son Richard “Todd” Hatch, step-children, Gerald “Junior” Hall, Cindy Broyles, Donald “Jupe” Hall, Wanda Hall; and grandchildren, Phoebe, Sam, Angela B, Shelby, Angela P, Kenneth, Heather, Paul, Jenna, Veronica, Erica, Jessica; alongside many great grandchildren, sisters Betty Jean white and Richie Lou Carmine. A visitation will be held at Hogg Funeral Home on Friday December 10th from 11:00 am until noon. A service will immediately follow in the chapel officiated by Reverend Ken Waclo. Inurnment will be held at a later date. Services under the direction of Hogg Funeral Home.

Pamela (Pam/Pammie) Diane White Hall, of Gloucester, departed this life December 3rd, 2021 at the age of 76. She was a loving mother, grandmother, aunt, sister and friend who will be dearly missed by all. Pam was born on March 18th, 1945 to... View Obituary & Service Information

The family of Pamela White Hall created this Life Tributes page to make it easy to share your memories.

Send flowers to the Hall family.