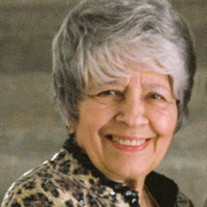 Paula Alianiello Pultz, 76, of Hayes, passed away into the arms of Jesus on January 7, 2021 at Sentara Heart Hospital after complications during surgery. Paula was born November 16, 1944 in Portsmouth, Virginia to the late Victor A. Alianiello, II and Rose B. Tonkin. She is also preceded in death by her brother Victor A. “Stoney” Alianiello, III. Paula attended Hick’s Beauty Academy at the age of 16, graduating from Churchland High School in 1963. For more than 30 years Paula was a hair dresser in several salons and owner of Renee’s Beauty Salon in Portsmouth. She worked as special education assistant at Holiday House in Portsmouth, Kennedy HS in Suffolk and Zuni Presbyterian Center; and was the owner of Gifts and Things Antique Store in Hayes for over 20 years. She and Frank were able to travel all over the world on trips earned. She had been attending Whitehead’s Grove Baptist Church in Smithfield. Paula was a friend to all and loved everyone. She was often described as the sweetest, most forgiving, compassionate person and called mama and gramma to family friends. She put everyone else before herself. Left to cherish her memory is her husband of 35 years, Frank G. Pultz, Jr to whom she would always say “I love you more!” in which he would reply “Ain’t no way!” Left also to cherish her memory is her daughters Renee’ Wright (Wade), Yvette Roberts (Rob), Tammy Austin; sons Randy Phelps, Jr., Reese Pultz (Tammy), Tommy Pultz (Cindy); 9 grandchildren Alan (Courtney), Leah (Brian), Cheyanne, Nikki (Mikey), Erin (Pat), Kelley, Meghann (Justin), Briana, Trevor; 4 great-grandchildren Waylan, Mason, Casey, Caitlin; numerous nieces and nephews; and her best friends Ann Dunston, Gail Bacco (Larry), Charlene Parker and Deanna Bazemore (Bobby). The family will receive friends Thursday January 21, 2021 from 6:00 pm until 7:30 pm at Hogg Funeral Home. Masks are required for entry and social distancing will be mandatory. A graveside service will be held at noon on Friday January 22, 2021 at Rosewell Memorial Gardens Cemetery conducted by Pastor Larry Soblotne. Services under the direction of Hogg Funeral Home.

Paula Alianiello Pultz, 76, of Hayes, passed away into the arms of Jesus on January 7, 2021 at Sentara Heart Hospital after complications during surgery. Paula was born November 16, 1944 in Portsmouth, Virginia to the late Victor A. Alianiello,... View Obituary & Service Information

The family of Paula Alianiello Pultz created this Life Tributes page to make it easy to share your memories.

Paula Alianiello Pultz, 76, of Hayes, passed away into the arms...

Send flowers to the Pultz family.