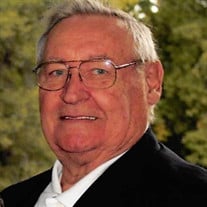 Gloucester, VA: Lieutenant Colonel Robert (Bob) Theodore Pollock, USAR (Ret), 82, passed away Monday, March 27, 2017, in Gloucester, VA, after a brief illness. He is survived by his beloved wife of 60 years, Sandy; his sister, Brenda (George) who loved him very much; three children, Jan (Richard), Stuart (Michelle) and Karen (Bryan); six grandchildren, Jessica, Meghan, Alex, Robin, Shannan and Daniel; four and a half great-grandchildren, Leighann, Joey, Dahlia, Weston and “the nugget”; and a host of nieces and nephews. Bob was very proud of his military service as a Vietnam Veteran, Paratrooper and Ordnance Officer. After retirement he remained active teaching school, building houses, volunteering with the American Red Cross, Abingdon Episcopal Church and worldwide traveling with friends and family. A lifelong hunter and shooting sports enthusiast he always looked forward to a time of the year when he had a good reason to get outside. He gained his love of hunting walking the family farm as a young man. He hunted in several countries and states to include New Zealand, Austria, Germany, Montana, West Virginia and Ohio. The highlight of his year was always a return to the family farm to hunt the land he hunted as a boy. The family will receive friends Friday, March 31, 2017, from 6:00 until 8:00 p.m. at Hogg Funeral Home, Gloucester Point. Funeral service officiated by Reverend Sven vanBaars will be 1:00 p.m. Saturday, April 1, 2017, at Abingdon Episcopal Church, Gloucester. In memory of Bob the family desires memorial contributions be given to Abingdon Episcopal Church Endowment Fund, P. O. Box 82, White Marsh, VA 23183. Bob was instrumental in the establishment of this fund and cared deeply about ensuring the lasting mission of the church and its outreach program. Please visit www.hoggfh.com to share condolences and memories with the family.

The family of LTC Robert T. "Bob" Pollock USAR (Ret) created this Life Tributes page to make it easy to share your memories.

Send flowers to the Pollock family.