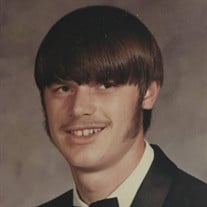 Ronald D. Bailey, 65, a long time resident of Gloucester, died Thursday, April 25, 2019, after a lengthy illness. He was born April 9, 1954, to the late Albert and Joyce Walker Bailey. A graduate of York High School, class of ’72, and like many went to work in the Newport News Shipyard. He was a Master Shipbuilder, given this designation after 40 plus years of service. Ronald was a Mustang enthusiast, owning three Mustangs, but his pride and joy was a 1970 Boss 302. He leaves behind his son, Brandon Bailey (April Lawson), two granddaughters, Karah and Priscilla, a brother, Clint Bailey, his sister, Sherry Greshamer (Dave), special friend, Shirley Riordan as well as a host 0f nieces and nephews. The family will receive friends at Hogg Funeral Home, Wednesday, May 1, 2019, from 6 until 7:30 pm. Inurnment will be private. In our loved one's memory, memorial contributions may be made to Gloucester Mathews Humane Society, PO Box 385, Gloucester, VA 23061.

The family of Ronald D. Bailey created this Life Tributes page to make it easy to share your memories.

Send flowers to the Bailey family.