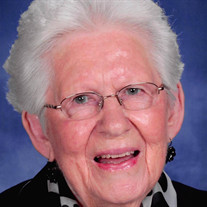 Gloucester: Sadie Pearson Sterling Williams, age 92 has taken her journey to Heaven’s gates. She peacefully passed away at home Saturday, September 17, 2016. She was born August 2, 1924 in Brunswick Co., VA to Thomas and Mary Wrenn Pearson. She graduated from Lawrenceville High School. She moved to Gloucester in 1942. She was a member of Severn Church in Naxera for seventy-four years and held several positions within the Church to include serving as an Elder. Having worked for the Gloucester and York-Poquoson Social Service Departments, she retired in 1985, after thirty years. “Miss Sadie” as she was often known, was a gracious Christian woman. She enjoyed life, worked hard, provided for her family, gave much and expected little. She enjoyed caring for others and loved everyone. She also enjoyed tilling the soil and producing large gardens and simply digging in the dirt. She was the matriarch of the family and as such was well respected. Jesus was her best friend all of her life and she sought to spread His word through her acts of care and kindness. She was preceded in death by many loved ones in her lifetime to include her husbands, John Allen Sterling, Jr. and Lennie Williams, three of her four children, John Kenneth Sterling, Thomas Allen Sterling, Lydia Sterling Hall, five brothers and three sisters as well as a stepson and step daughter. She is survived by her daughter, Beth Sterling Barry and husband Ed with whom she lived for the past twenty five years. Other survivors include her sister, Zane Vincent, daughters-in-law Kay Sterling, Patsy Herman and Debra Sterling and son-in-law Wilbur Hall. She also is survived by six stepchildren. Her precious and devoted grandchildren include John Sterling (Susan), Patrick Sterling (Lori), Paul Sterling (Brandee), Donna Sterling Young (Kevin), Kim Sterling Green (Kenny), Becky Hall Smith (Mead), Lauren Brown (Justin) and Jason Verser. She had eleven wonderful great-grandchildren, sisters-in-law Shirley Pearson and Frances Sterling surviving her. Equally special to her, were her many nieces and nephews as well, many “adopted” daughters and sons. Funeral service officiated by Reverend Bill West will be held at Severn Church, 12:00 noon on Saturday, September 24, 2016. Interment will follow in the church cemetery. There will be a time of greeting and paying respects to “Miss Sadie” prior to the service, from 10:00 to 11:30 a.m. at the church on Saturday. The family wishes for friends to spend time and visit with us after the service, if possible. For those wishing to honor “Miss Sadie’s” life, donations may be made to Severn Church parking lot fund, 9066 Robins Neck Road, Gloucester, VA 23061 or to a charity of your choice. Arrangements by Hogg Funeral Home and Crematory, Gloucester Point. Family and friends may share condolences and memories at www.hoggfh.com

The family of Sadie Sterling Williams created this Life Tributes page to make it easy to share your memories.