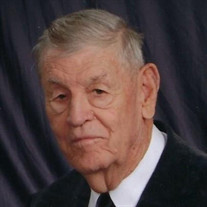 On October 22, 2020, surrounded by family, Captain Stanley R. Green, Jr.s’ earthly journey ended as he crossed the river Jordan into the waiting arms of our heavenly Father. Born on All Saints Day, November 1, 1930, the oldest of nine children born to the late Stanley Sr. and Jenny Hogge Green. Known as, “Baby Stanley,” he was raised in the Maryus area of Gloucester County and attended Achilles School. Being from a long line of working watermen, he was proud of his Guinea heritage. Pursuing his love of the water, he first served with the Merchant Marines as an abled bodied seaman aboard the S.S. King Hathaway. Sailing across the Atlantic carrying coal to a devastated Europe as part of the Marshall Plan. He also sailed on the Victory Ships, Vanderbilt and Halaula, the John H.B. Latrob and the Henry J. Ramond. Ports of call included Norway, Sweden, Finland, United Kingdom, Germany, Denmark, France, Spain, Italy and the Netherlands. Returning home he joined the Army and was stationed at Fort Eustis, in Newport News, Virginia attending transportation school and received training that set the course for his continued love of the water. Called up for Military duty to serve his country during the Korean War, he shipped out of New York Harbor aboard the troop’s ships George C. Randall sailing for Southeast Asia. Stationed in Japan before transporting to South Korea. Having proudly served he was honorably discharged as Corporal in 1953. He also proudly served as Chaplain of the Veterans of Foreign War, Post No. 7719. The next year he met his future bride, Bernice Mise at Sutts Restaurant in Mathews County. They were married in 1955, making their home in Gloucester County. They welcomed four children and happily shared the next 65 years together. Returning to Fort Eustis he resumed his position as a Civil Servant for the Maritime Commission, working to maintain the ships of the James River Reserve Fleet, known as the “Moth Ball Fleet.” Being promoted from abled bodied seaman to Tug Master then to Pilot. He was the proud Captain of his Tug Boat the TD22 known as the “Pride of the Fleet.” He retired in 1995 after 50 years of dedicated service. Being retired gave him the opportunity to pursue his passion for gill net fishing. Opening Green’s Fish House from his home he enjoyed his customers and gave away far more than he sold. He loved the solitude of being on the creek, duck hunting, and was a familiar face of local auctions. He loved the Lord and was a proud member of Union Baptist Church. He received his Christian Baptism in 2008 by the Reverend Patrick Coffey and was a faithful member of the men’s bible class. Fellow parishioners could always be guaranteed spearmint life savers on Sunday mornings. Volunteering at the church food pantry he shared Christian fellowship and Gods word with many friends. Gone before him are brother and sister in law Ellis Wood and Mavis Green, brother-in-law Dean Blamy, beloved grandmother Lucy Edmonia Green and his two canine boys Peppe and Dinky. Lovingly remembered by his devoted wife Bernice Mise Green, children Debbie Owens (Thomas), Kay Brown (Paul), Randy Green (Willena), Vickie Roberts (Jason), grandchildren Chris Owens (Jennifer), Amy Henderson (Matthew), Amber Guill (Jason), Melissa West (Matthew), Seth Green, David Stevens, Great-Children Kirkland, Nolan, Aubree, Taylor, Nevall, Kayden, Nathaniel, Kaitlyn, canine girls Sissy and Daisy. He will be affectionately remembered as “Bubby” by his surviving siblings Virginia Harrison (Woody), Bertha Blamy (Bill), Margaret Harris (Ben Jr.), Helen Robertson (Wayne), Sandra Loveland (David), Dennis Green (Annette), Timmy Green and numerous special nieces, nephews and cousins. Gods many blessings have taken him safely to many ports of call, serving our country during war time and back home many times. He loved his family and we look forward to being reunited with you of Gods celestial shore where we know you’ll be handing out life saviors to all that make the journey. The family will receive friends Tuesday October 27, 2020 from 11:00 until noon in Union Baptist Church followed by services at noon. Due to the outbreak of COVID-19, masks are required for entry, and social distancing will be mandatory. Interment will follow in Rosewell Memorial Gardens Cemetery. In memory of our loved one memorial contributions may be made to the food pantry or the children’s ministry of Union Baptist Church, 9254 Guinea Road, Hayes, Virginia 23072. Services under the direction of Hogg Funeral Home.

On October 22, 2020, surrounded by family, Captain Stanley R. Green, Jr.s&#8217; earthly journey ended as he crossed the river Jordan into the waiting arms of our heavenly Father. Born on All Saints Day, November 1, 1930, the oldest of nine... View Obituary & Service Information

The family of Stanley R. Green Jr. created this Life Tributes page to make it easy to share your memories.

Send flowers to the Green family.