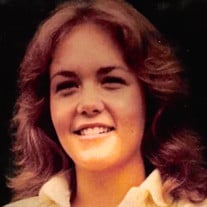 Virginia Beach/Gloucester: Suzanne Thomas Hagelberger, 54, died September 30, 2016 at Sentara Virginia Beach Hospital. Suzanne grew up in Gloucester, graduating from Gloucester High School Class of 1980. She had worked as a flight attendant for Piedmont US Air, then received her teaching certificate and taught in the Virginia Beach Public Schools at a time when her children were growing up. Suzanne was a beloved teacher who was caring and devoted to the needs of her students. She enjoyed every moment she shared with her children, family and friends and her love will forever remain with them. She was preceded in death by her father, William E. Thomas; step-father, Donald Broadwell; maternal grandparents, Leslie and Evelyn Lewis and paternal grandparents, William E. Sr. and Bernice Thomas; and brother-in-law, Ray Carneal. She is survived by her husband, Steve Hagelberger; daughter, Erin Hagelberger; son, Matthew Hagelberger; mother, Carolyn Broadwell; sister, Frances Carneal; brother, Graham Broadwell; nieces, Taylor, Alyx and Hannah; nephews, Bryce and Payton; great niece, Zoey; and great-nephew, Jaxx; and a host of cousins and friends. A memorial service officiated by Reverend Arthur L. Wolz, Jr. will be held 3:30 p.m. Saturday, October 8, 2016, at Hogg Funeral Home, Gloucester Point. Inurnment will be private. The family will receive friends prior to the service on Saturday from 2:30 until 3:30 p.m. at the funeral home. In memory of Suzanne the family desires memorial contributions be given to a charity of your choice. Family and friends may share condolences and memories at www.hoggfh.com

The family of Suzanne Thomas Hagelberger created this Life Tributes page to make it easy to share your memories.

Send flowers to the Hagelberger family.