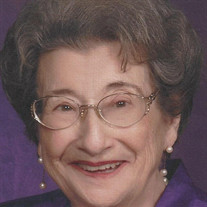 Hayes: Vashti Wilcher went home to be with her heavenly father on April 16, 2018. Vashti was born on June 20, 1923 in Gloucester, Virginia to Campbell and Virgie Jenkins. Vashti was well known in the community for her store, Vashti’s Jewelers, which she ran and operated for over 30 years and is now in its 57th year of business. Her motto was “Always treat others as you would want to be treated yourself.” Vashti was one of the founding directors of the former First Settlers Bank in Hayes, Va. Vashti was very active at Beech Grove Baptist Church where she served in many areas. Her love for God always showed when you were in her presence. Vashti served as Gloucester County’s first lady during the 1976 bicentennial celebration. She was a charter member of the Women of the Moose Chapter #1312 were she held many chairs in the local, state and international level as well as 2 years on the grand council. She was always there for anyone that needed help. Vashti was preceded in death by her parents Campbell and Virgie Jenkins, sisters Ruth Williams, Beatrice Horsley and Myrtle Ambrose, brothers Charles Jenkins, Sr., Jack Jenkins and Cammie Jenkins, granddaughter Charlene Gail and her first husband Mahlon Horsley. Left to cherish her memories are her husband Melvin Wilcher, daughter Joan H Roane (Gary), son M. Clem Horsley (Rose Marie), sister, Hazel Jenkins, grandchildren Stephen Roane (Mary), Scott Horsley (Angie), Nicole Michael (Robert), Keith Horsley, Shelly Haywood (Lee), great grandchildren Morgan Roane, Josh Roane, Chase Horsley, Hannah Horsley and Avery Michael. She was also blessed by her extended family Pat Wilcher (Anita), Geneva Fridley, Jason Fridley, Simon Fridley, Casey Wilcher, Jeremy Wilcher, and 8 great grandchildren. The family will receive friends at Hogg Funeral Home on April 18, 2018 from 7:00 pm to 8:30 pm. A celebration of life service will be held at Newington Baptist Church on April 19, 2018 at 2:00 pm with interment to follow at Beech Grove Baptist Church. A reception will follow at the Gloucester Moose Lodge 6565 Moose Drive Gloucester, VA 23061. A special thank you for her caregivers, Linda Conway, Emma Osborne and Riverside Walter Reed Hospice. In memory of Vashti, memorial donations can be made to Beech Grove Baptist Church Building Fund P.O. Box 100 White Marsh, VA 23183. Arrangements under the direction of Hogg Funeral Home and Crematory, Gloucester Point. Please visit www.hoggfh.com to share condolences and memories.

Hayes: Vashti Wilcher went home to be with her heavenly father on April 16, 2018. Vashti was born on June 20, 1923 in Gloucester, Virginia to Campbell and Virgie Jenkins. Vashti was well known in the community for her store, Vashti&#8217;s... View Obituary & Service Information

The family of Vashti J. Wilcher created this Life Tributes page to make it easy to share your memories.

Hayes: Vashti Wilcher went home to be with her heavenly father...

Send flowers to the Wilcher family.