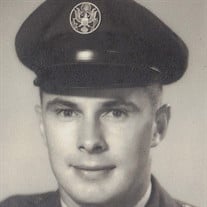 Gloucester: Walter Allen Hofmann, 80, passed away September 21, 2016 at Walter Reed Convalescent Center. Walter was a native of Connecticut born October 22, 1935, to Walter A. Hofmann, Sr. and Helen L. Hofmann, who predeceased him. Walter served his country proudly in the U S Air Force from November 1954 – March 1963, serving in Korea and Vietnam. During his time in the Air Force he attended different technical schools. He was a man of many talents, as he could repair anything and also was owner of a contracting business. Walter enjoyed fishing and loved spending time with family. He was preceded in death by his wife, Haruko Kochi Hofmann. He is survived by his daughters, Suzan Candito (Vito) and Linda Quell (Bobby); grandchildren, Michele, Peter, Michael and Crystal; great grandchildren, Vanessa, Gary, Jessica, Autum, Brandy, Chloe and P.J. Funeral service officiated by Reverend Douglas Davis will be held 2 p.m. Monday, September 26, 2016, at Hogg Funeral Home, Gloucester Point. The family will greet friends prior to the service on Monday from 1 until 2 p.m. at the funeral home. Inurnment will be at a later date at Albert G. Horton, Jr. Memorial Veterans Cemetery, Suffolk, VA. In Walter’s memory contributions may be given to the Gloucester Volunteer Fire and Rescue, P. O. Box 1417, Gloucester, VA 23061. Family and friends may share condolences and memories at www.hoggfh.com

The family of Walter Allen Hofmann created this Life Tributes page to make it easy to share your memories.

Send flowers to the Hofmann family.