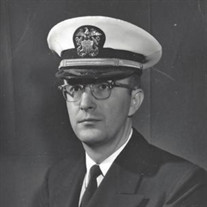 William Wyatt Franklin, age 79, passed away peacefully surrounded by family on May 4, 2020 at the home of his daughter in Las Vegas, NV. He is survived by his wife of 50 years, Joice Oliver Franklin; sons, Mitchell Hilliard (Susan) of Gloucester, VA, James Hilliard (Wendy) of Gloucester, VA, and Harry Hilliard (Dawn) of Frederick, MD; daughter Joice Marie Higa (Kevin) of Las Vegas, NV; siblings Charles Franklin (Deanna) of Sun City, AZ, Nancy Lewis (Austin) of Stokesdale, NC, Nelson Franklin (Tamara) of Anchorage, AK, and Richard Franklin (Margaret) of Canyon Country, CA; his loving grandchildren; and many close friends. He was preceded in death by his parents, William and Mary Ellen (Petty) Franklin of McGrew, NE, and his brother, James (Venetta) Franklin, of Gering, NE. Born in Scottsbluff, Nebraska on November 23, 1940, William grew up in McGrew, Nebraska and Anchorage, Alaska. He graduated from McGrew High School, earned a Bachelor of Science in Civil Engineering from New Mexico State University, and attended Iowa State University for graduate studies. He later joined the Navy and served two tours in Vietnam with the Civil Engineer Corps (CEC) which includes the Construction Battalions (Seabees), Contracting Officers, and Base Engineers for all US Navy facilities worldwide. In between tours, he met his wife, Joice, in Virginia, and they were married at Fort DeRussy Chapel in Hawaii during leave from his second tour in Vietnam. During his time with the Navy, William participated in numerous campaigns and was awarded the Republic of Vietnam Campaign Medal; Joint Services Commendation Medal; Vietnam Service Medal, Army Commendation Medal; Meritorious Unit Commendation; Public Works, Communications and Transportation Service Medal; and Navy Commendation Medal. After being honorably discharged from the Navy, he joined the U.S. Army Corps of Engineers, worked in Saudi Arabia and Kuwait, and traveled extensively around the world. Upon retirement, William moved to Las Vegas, NV where he and his wife enjoyed many more years of love and laughter. William never met a stranger that didn’t soon become a friend because he genuinely cared about everyone. He was a master at gardening and storytelling and taught his children and grandchildren to value history, education and family. He will be remembered for his generous, caring spirit, his uncompromising gentleness, and his sense of humor. A graveside service will be held, 3:00 p.m. on Monday, May 18, 2020 at Rosewell Memorial Garden Cemetery and due to the pandemic, guidance will be addressed entering the cemetery. In memory of our loved one, memorial contributions may be made to, PSC Partners Seeking a Cure, 6900 E. Belleview Ave, Suite 202, Greenwood Village, CO 80111-1627.

William Wyatt Franklin, age 79, passed away peacefully surrounded by family on May 4, 2020 at the home of his daughter in Las Vegas, NV. He is survived by his wife of 50 years, Joice Oliver Franklin; sons, Mitchell Hilliard (Susan) of Gloucester,... View Obituary & Service Information

The family of William Wyatt Franklin created this Life Tributes page to make it easy to share your memories.

Send flowers to the Franklin family.