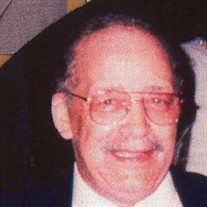 Willie Noel Lemon, son of the late Willie Lemon and Mable Mason, born on December 25, 1936 in Brooklyn, New York entered eternal rest on January 27, 2020. He was affectionately known as “Sonny” and retired from the New York City Transit Authority in 1987 as a motorman, badge #515825. He was a very fashionable dresser and there wasn’t a day in his life that he ever wore sneakers. He was an avid coin collector and loved telling jokes, even though he couldn’t deliver the punchline. His fondness for Lincoln’s was so great, he had to get a new one every two years. In his later years after retiring and having moved back to his family’s hometown of Ark, Virginia, he would spend his mornings in McDonalds for many years and came to be known as “The Chairman” and eventually gained his own parking space and table. He was preceded in death by his parents, two brothers, Mortimer Le’Mon, Richard Lemon and a sister, Juanita Lemon Durden. He leaves to cherish loving memories, his beloved wife of 64 years, Barbara Lemon, daughter, Stephanie Talley (Mark), two sons, Jeffrey Lemon (Teresa), Derrick Lemon (Dawn), seven grandchildren, Briana, Taylor, Jerrell (Tiffany), Isaiah, Terrence, Troy (Stephanie) Antoine (Bridget) and 10 great grandchildren, Oliver, Jordyn, Derrick, Shia, Chase, Jeremiah, Seven, Aten, Talayah, Talynn and many nieces, nephews and friends.

The family of Willie "Sonny" Noel Lemon created this Life Tributes page to make it easy to share your memories.

Send flowers to the Lemon family.